The Indian tourism and hospitality industry has evolved as one of the crucial drivers of economic growth and development in the country. The industry has significant potential given the rich cultural and historical heritage, rich biodiversity and places of natural beauty spread across the country. Tourism is a viable investment and a potentially large employment generator besides being a significant source of foreign exchange. There are many efficacious tourism and hospitality management courses to prepare you to join the industry if you aspire to succeed in it.

India has always been a favorite destination for foreign tourists and inbound tourism has been having a steady growth. The sector that witnessed unprecedented growth was the domestic tourism. India’s rising middle class and increasing disposable incomes have continued to support the growth of domestic and outbound tourism. The domestic tourist visit to the States/Union Territories grew by 15.5 per cent during 2016.Indian tourism industry continues to grow and is expected to move up five spots to be ranked among the top five business travel market globally by 2030.

The tourism and hospitality sector is among the top 10 Foreign Direct Investment (FDI) pullers of India. With the rise in the number of global tourists and financially growing domestic tourists, many companies have invested in the tourism and hospitality sector. Many prominent investors like Goldman Sachs, DineEquity, Hyatt Hotels, AccorHotels, Steigenberger Hotels, and Stayzilla have pumped whopping amounts into the tourism market

The government of India has discerned the country’s potential in the tourism industry and has taken several steps to make India a global tourism hub. Campaigns like ‘Incredible India’ and ‘Athithi devo bava’ has evidently enhanced the industry and attracted both foreign as well as domestic tourist alike.
The Government of India has also set up tourism zones for easy administration of the sector and to further the development of tourism and hospitality industry.

India’s travel and tourism industry is one of the biggest in the world and is ever growing. Apart from being the center of cultural and natural tourism; the country is all set to become the spiritual tourism capital of the world. More international hotel chains are likely to increase their expansion and investment plans in India. The industry is offering lucrative jobs and profitable investment opportunities. If you wish to join this thriving industry; we have tourism and hospitality management courses diligently designed for you at Transglobe.

This will close in 20 seconds

This will close in 20 seconds 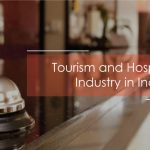 Tourism and hospitality industry in India 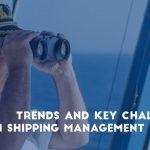 Is Logistics a Good Career Option?

FOR A HIGH PAYING CAREER

Logistics & Supply Chain Management professionals are high in demand in various organizations in national as well as international level.
Join With Us